This Strange Presence brings together etchings and drawings by the German surrealist Unica Zürn (1916-1970). Perhaps better known for her writings and her photographic collaborations with Hans Bellmer, Zürn was an accomplished visual artist in her own right. She created automatic drawings, paintings, and sculptures which were exhibited in four solo shows and alongside her better-known male counterparts in the 1959 Exposition Internationale du Surréalisme. Her success was hindered, however, by the male-dominated surrealist world in Paris and the shadow cast by a lifelong struggle with mental illness.

The etchings in this exhibition were made after a series of drawings, Orakel und Spektakle, created by Zürn during a 1960 hospitalization caused by a schizophrenic episode. Zürn populated these immersive scenes with transformative creatures rendered in the delicate, linear style that became her hallmark. Gazing at each other and out toward the viewer, these hybrid beings float in a limitless space, devoid of foreground or background. The dreamlike quality of her visual art also emerges as a pervasive theme in her writings. In the semi-autobiographical Dark Spring, for example, the protagonist endures life only through the refuge of her fantasies, where she feels safety and power as well as terror, the feeling she treasures most of all. 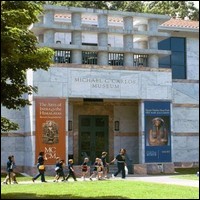