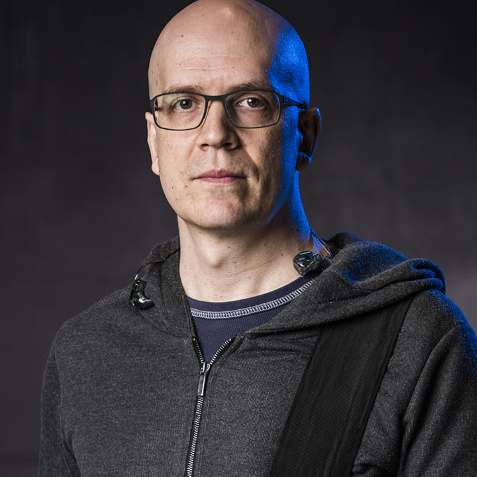 Canadian progressive metal singer/guitarist Devin Townsend has been referred to in the rock press as a "multi-everythingist." In addition to being a celebrated instrumentalist, he is a composer, producer, arranger, and bandleader. While his earliest recorded work was as vocalist with Steve Vai's band on Sex & Religion, around the same time he worked with Front Line Assembly and Skinny Puppy and led the almost unbearably heavy extreme metal band Strapping Young Lad. His recorded solo work since 1997's rocking sci-fi opus, Ocean Machine (Biomech), has been hotly debated in extreme music circles for decades. He has recorded more than two-dozen solo studio and live albums with a variety of musicians. His undeniably progressive, shape-shifting conceptual outfit the Devin Townsend Project is perhaps the best known of his outlets; their albums Ki (2009), Ziltoid (Dark Matters) in 2015, and 2016's Transcendence, reveal Townsend is all but limitless in delivering his ambition in unified, accessible, and provocative projects that have all been readily embraced by the metal and prog rock communities.